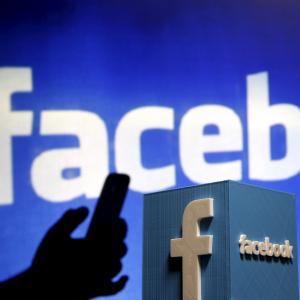 The pervasiveness of social media means it is now common for information posted to social media websites, such as Facebook, to be used as evidence in legal proceedings.

If an employer is able to assemble evidence from a social media site that exposes irregularities in an employee’s version of events, this evidence may prove crucial during a hearing or during any earlier stage of mediation or conciliation.

As a result of a motor vehicle accident, the Plaintiff suffered a neck injury and was subsequently diagnosed as having developed a disc bulge at C3/4 with degeneration at that site. The Plaintiff is a young man of “limited skill and education”. He was employed on a traineeship at the time of the accident and took very little time away from work. His employment was terminated just over 2 years after the accident at the end of his traineeship. He claimed future loss of earning capacity.

The Plaintiff’s Facebook page revealed complaints of overwork and considerations of applying for a new job about 12 months after the accident. The court considered that this attitude was more likely to be as a result of his youth than his injury. The Plaintiff’s Facebook entries revealed a number of sick days which had followed social events where alcohol consumption was referred to. Although the court found that the Plaintiff was “generally motivated to work”, based on the Facebook entries, he was indifferent to his job. The court noted that, despite a general openness in discussing his personal life on Facebook, the Plaintiff did not report difficulties associated with his neck injury on that site.

The court made a modest award for future economic loss, having concluded that the Plaintiff’s “generally limited skills, a competitive labour market, his youth, his relative inexperience and a generally declining local economic environment” contributed more to his difficulty in finding employment than his neck injury.

It is apparent from the judgement, that impressions of the Plaintiff’s character were formed, not just from personal evidence, but from information he chose to reveal about himself in a public forum. Plaintiffs, as well as other witness, will experience hurdles with credibility where the two sources of information are not consistent.
Goodfellow v Clarke and Ors.

The Plaintiff was employed as a pastry worker at a small biscuit shop. On 22 December 2011, the last day of work for the year before the business had a compulsory shutdown, the Plaintiff told the business owner that she was leaving, that this would be her last day, and that she was confident of getting a job in veterinary nursing (which was her preferred career).

On 3 February 2012, the business owner sought a commitment from the Plaintiff that she would work there for several months so they could secure staffing levels and plan future recruiting requirements.
The Plaintiff subsequently made an application for an unfair dismissal remedy in the Fair Work Commission, claiming she was dismissed without notice on 3 February 2012. At first instance, her claim was successful. The Commission found that she, as a permanent (rather than casual) employee as at 3 February 2012, had the right to continue in her employment without the need to give the commitment sought by the business owner on that date.

The Commission found that the business owner’s conduct on 3 February 2012 constituted a repudiation of Ms McDonald’s contract of employment because it established that the business was only prepared to continue her employment relationship if the Plaintiff gave that commitment, which would result in her forgoing her statutory rights.
On appeal, the Full Bench considered the Plaintiff’s contemporaneous Facebook postings during the period 22 December 2011 to 1 February 2012, as these posts were indicative of her state of mind as to her employment.

“Last day of work for the year! Hello Vet Nursing next year! =D (hopefully if all goes well)”
“Things are okay there, lol. I’m actually leaving and doing vet nursing. Just waiting to hear back from some places. Don’t feel like my future is in hospitality anymore!”
“I’m switching to Veterinary Nursing. Over hospitality. Waiting to hear back from some people so fingers crossed.”
“Pastry is a hobby, not a career I have decided.”
“Just don’t know what to do. Should I go for the job I would love and go broke in the process? Or find another?”
“Want a job soon otherwise I won’t survive long.”

The Full Bench held that these posts were “fundamentally inconsistent” with the Plaintiff’s evidence that she was dismissed without prior notice on 3 February 2012, and that rather, the posts suggested that she considered herself jobless at that time and needing to find another job.

Ultimately, in finding that the Plaintiff was not unfairly dismissed, the Full Bench found that collectively the entries on her Facebook page “fundamentally corroborate the employer’s case” and that she “did not provide a satisfactory explanation for the inconsistency between these Facebook posts and her version of events.”
Il Migliore Pty Ltd v Kelly McDonald

For dispute resolution and litigation queries or advice on your litigation matter, please contact Catherine Cheek at Clewett Lawyers.